on behalf of the Autoimmune Big Data Study Group

In sarcoidosis, a rare multiorgan disease of unknown aetiology characterised by non-caseating epitheloid cell granulomas, three geoepidemiological factors are major aetiopathogenic factors: geolocation, ethnicity, and personal environment. Geographically, sarcoidosis is mainly reported in the Northern Hemisphere, with the highest incidence rates uniformly reported in countries located at the highest latitudes. The main geoepidemiological-driven differences across the world are of greater female involvement in Southern Europe, the Southern US and Japan, a differentiated radiological pattern (predominance of stage I in Southern Europe and Middle East/Asia and of stage II in Northern Europe, China and India, with the US and Japan having the highest frequencies of stages III/IV) and the extrathoracic phenotype: the most frequent extrathoracic organs involved are the skin in Southern Europe and Middle East/Asia, the eyes in Northern Europe, Northeast US and Japan, the liver in India and the lymph nodes in China. In addition, there are large ethnicity-driven variations in the frequency, epidemiology, clinical expression and outcome of sarcoidosis. The highest incidence rates are uniformly reported in Black/African-American people, independently of the geographical location, with rates between 2- and 10-fold higher than those reported in White people living in the same geographical area. Furthermore, ethnicity heavily influences the clinical phenotype by modifying the age at diagnosis and the rates of thoracic and extrathoracic involvements. Geoepidemiological studies enhanced by big data may yield important clues to understanding the role of these factors in the frequency and clinical phenotypes of sarcoidosis. 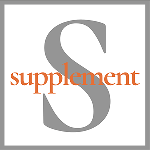